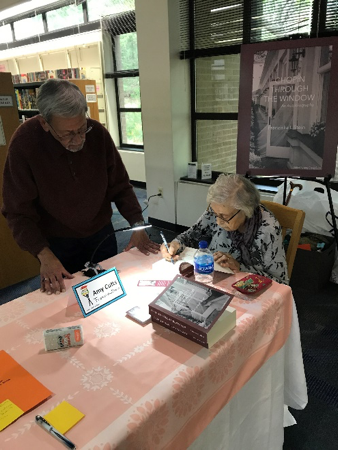 November 15, 2019
Want to give a signed copy as a gift? We can ship it to you or your friend for $23 shipping included to USA and Canadian addresses, and for a little more, to addresses outside the USA! Go to the Store link above and order copies for you and all your friends!

October 12, 2019 – Fairfax County Public Library Indie Author Day Celebration (Reston Regional Library)
We participated in the first Indie Author Day Celebration held at the Reston Regional Library. While the traffic was slow, we enjoyed getting to know other local authors. Importantly, we met Jeremy Strozer, author of Threads of The War, a series of four historical fiction books written from the point of view of civilians during the major wars of the 20th century. You can learn more about his work at www.jeremystrozer.com. His stories are well worth reading.

October 2, 2019
KINDLE® EDITION IS NOW AVAILABLE! Woot!After too many months of endless formatting, Chopin Through the Window is now available in Kindle format. We’ve made it available on Kindle Unlimited®, so if you have a subscription, it is free to you! 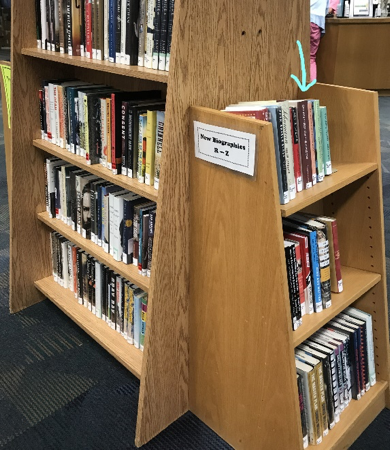 July 1, 2019
We are pleased to discover that Fairfax County Public Library System (Virginia) has 6 copies available for patrons to check out. If you visit your local branch, look for it!
Photos: 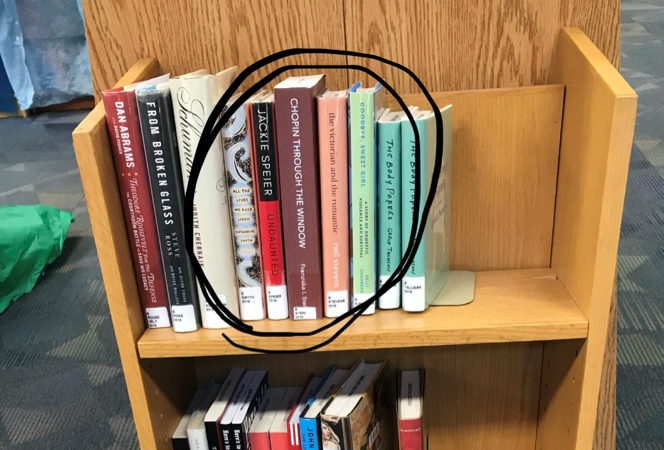 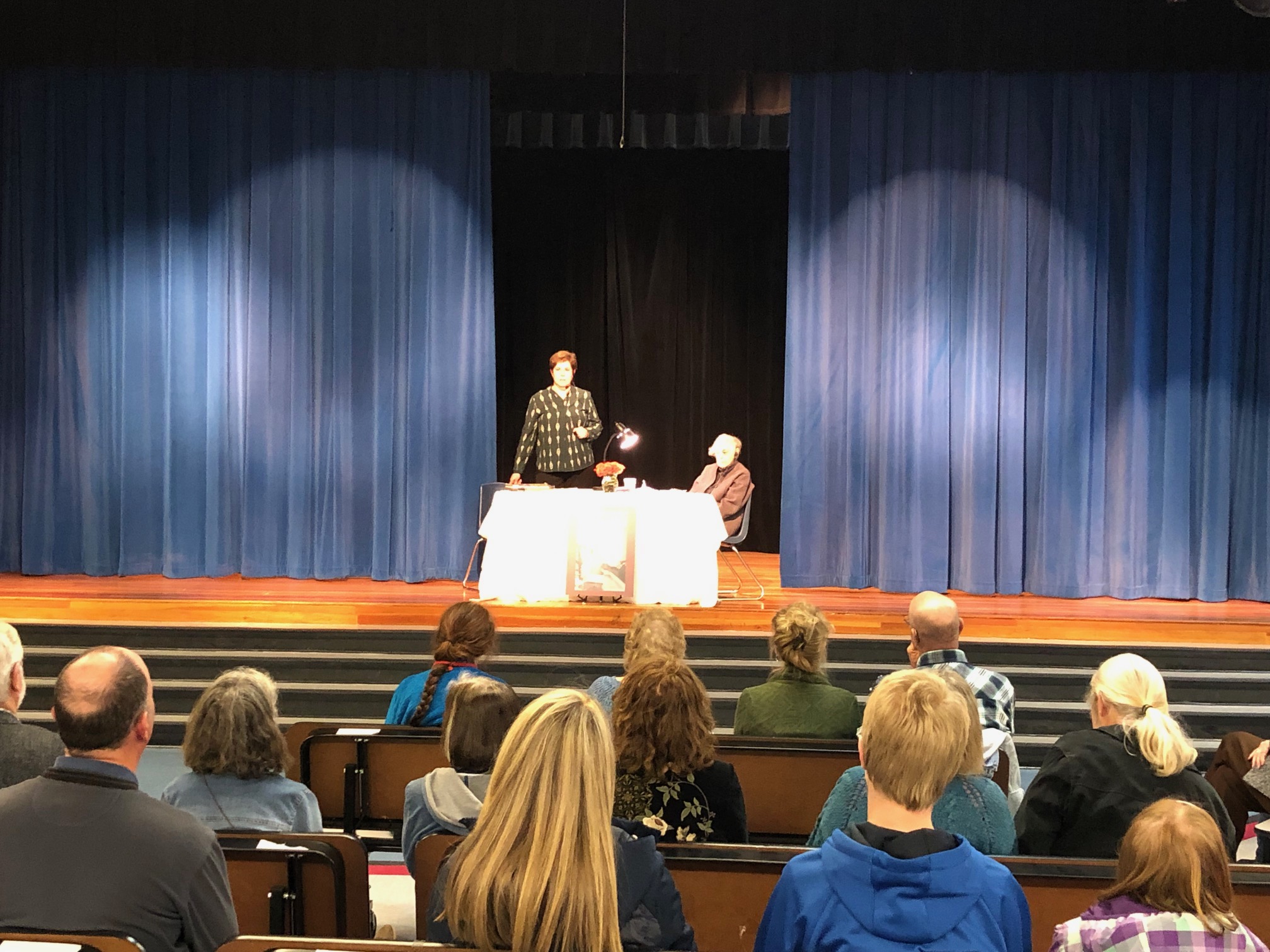 March 10, 2019
We had a wonderful time today in Lyons, CO for the book signing event at Lyons Middle Senior High School. Many people who had previously worked for Franziska at the Black Bear Inn in Lyons or her second restaurant, Franziska’s in Longmont, came to see her and reminisce about that time. Two women shared similar stories and with similar impacts on their lives.
One of them said, “Every day she would come into the Black Bear, put on her apron, and then check her hair and lipstick in the chrome edge of the pastry cabinet. When she was satisfied that she looked perfect, she dug into the day’s work. I remember one time when she was really mad at George and she chased him out with a broom. Then she tugged her apron back into place, checked that her hair was in order, and said, “Well then!” and back to work she went.
“She gave me encouragement to be better. One day when I came to work I was upset about something and I broke some dishes accidentally. I was sure I would be fired. But instead, Franziska sent me home with the words ‘Get some rest. Come back when you are refreshed and put together.’ Without her strong role model and encouragement I would never have done all I have accomplished in my career.” – This woman worked for Franziska in the Black Bear Inn. 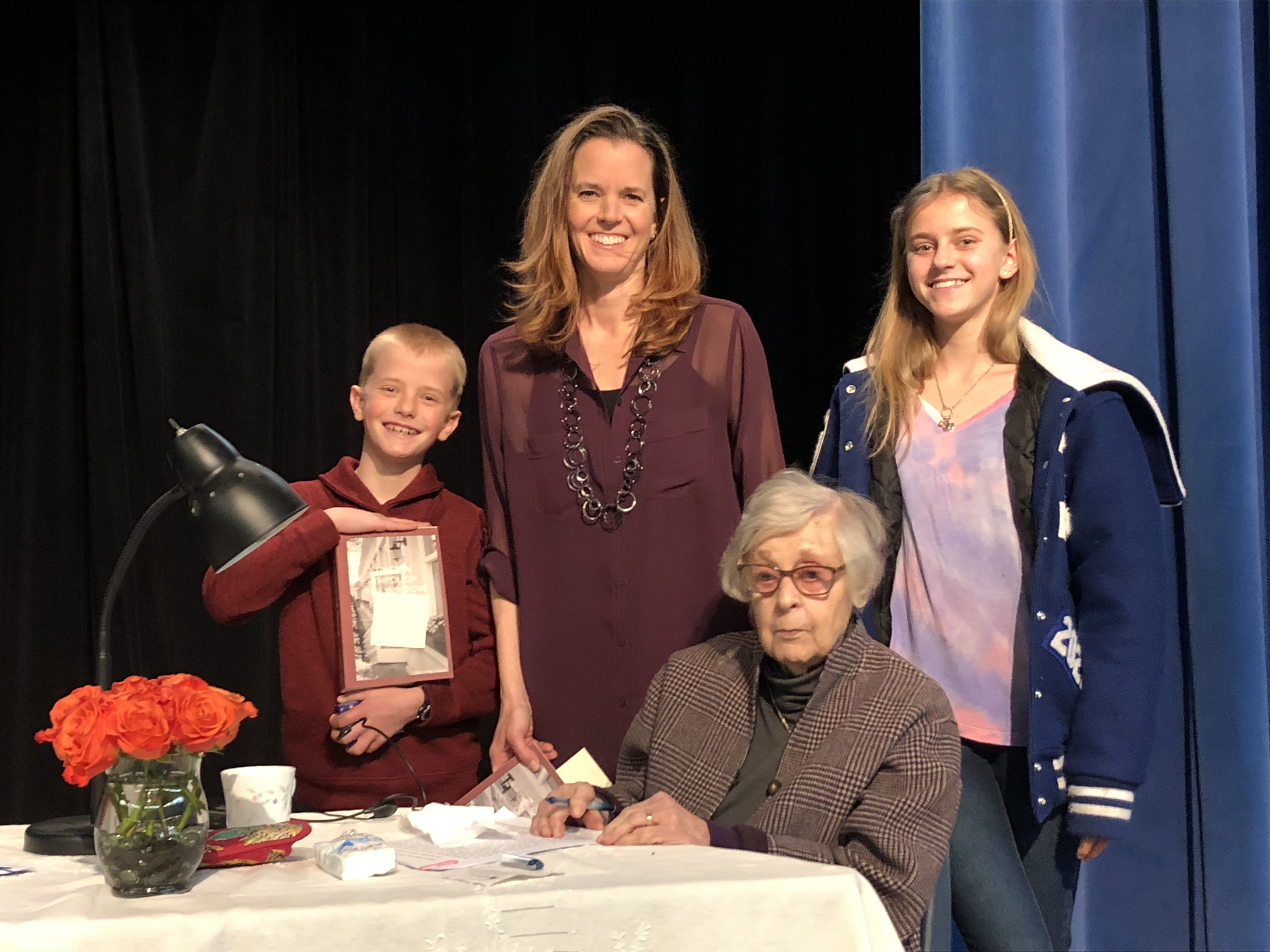 March 14, 2019 - Reprinted from the Article in The Lyons Recorder Newspaper, Lyons, Colorado
Forty persons enjoyed hearing about the contents of former Lyons resident and business owner Franziska Stein's book "Chopin Through the Window" Sunday afternoon, sponsored by her granddaughters: Dr. Amy Crews Cutts of Reston, Virginia and Dr. Karen Crews Gregg, Lyons M\S High Band Director, making us all more enthusiastic to read this wonderful book. After more than a decade in the works, the book was completed in December 2018 and is available through Amazon for $20.00, unsigned, or through the Lyons Historical Society, 303 823 5925, for $25.00, autographed.
Franziska was born in 1922 in a village near Karlsbad, Czechoslovakia, and had an idyllic childhood in the Ore Mountains, carefree of the ominous clouds of the post WWI economic crisis, the rise of National Socialism and the impending Second World War. After completing secondary school, she studied French and philosophy at the Karl's University in Prague and performed her civil service obligation as a nursing assistant in the Red Cross during WWII. As a nurse, she met George Stein, an injured German soldier, whom she married, and they had a daughter, Barbara, in 1944, who passed way last September in Longmont, CO. While George was fighting on the eastern front and later taken as a POW, Franziska and her daughter were expelled from Czechoslovakia in 1945 under the inhumane Beneš Decrees.
Franziska’s her mother died soon after Franziska made a daring and illegal journey back to Karlsbad to be with her and to retrieve possessions she abandoned under the expulsion order. The Stein’s reunited in West Berlin, enduring the devastation of the destroyed city, the Soviet Blockade and Allied Airlift, the deep economic stress for ten years. In 1956 they immigrated to Colombia, and in 1957 began operating a pension hotel in Cali. Franziska was hired by a young attorney from Germany who stayed at her hotel to take in case histories from victims of the Nazi Regime, and for the next forty years she worked a second full-time job to get restitution for several thousand people under Germany's post Second World War compensation laws. In 1966 the Stein’s immigrated to the United States and purchased the Cliffside Inn, in Lyons, CO. Rechristened the Black Bear Inn, they operated the iconic restaurant until they sold it in 1977 to Hans and Annalies Wyppler, Following the sale of the Black Bear Inn, Franziska volunteered at the Denver Art Museum, and attended art classes at the University of Colorado. She opened F&B Art Gallery in Longmont, and later operated Franziska’s, a restaurant in Longmont. Following the German Reunification, the Stein’s moved back to Berlin, Germany in 1990, and she was widowed in 1996. At age 89, she returned to the United States and is now living in Reston, Virginia with granddaughter Amy Crews Cutts and family.